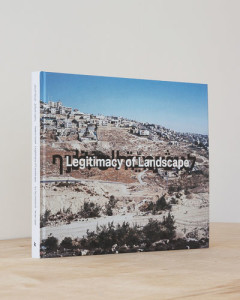 Yaakov Israel’s Legitimacy of Landscape is a visual exploration of Arab, Bedouin and Druze villages in Israel/Palestine. During the ongoing conflict these villages transform into symbols of ‘the other’ in the eyes of many Jewish Israelis. As a result these places are slowly losing their place in the visual lexicon that represents this land. Following in the footsteps of the pictorial history of images made in the holy land during the late 19th century, such as Félix Bonfils and Francis Frith, Yaakov Israel ventured out with his 8”x10” camera to document these repressed villages and multi-layered landscapes, which often go unobserved. Physical and emotional borders in this country are often confused, as jumbled and intersected as the land, which has been divided, allotted and re-allotted as a result of the politics of religious and imperialistic power struggles over the years. In his work Yaakov Israel confronts his viewers with the visibility of these “invisible” landscapes. (This body of work was done between 2002-2015)

“Legitimacy of Landscape”  has been reviewed on: